In December 2020, the Associates was proud to premiere Giving Voice to the Abolitionists: Selected Readings from the BPL's Anti-Slavery Collection. This original video explores whether letters written more than 150 years ago in opposition to the institution of slavery in the United States still matter today. Can the words of the abolitionists help us to understand the foundations of social and political movements in our time?

The presentation features the performances of five remarkable students from the Boston Arts Academy, sharing letters originally written by William Lloyd Garrison, Frederick Douglass, Sojourner Truth, Lydia Maria Child, and Amos Augustus Phelps. The letters now reside in the Boston Public Library's Anti-Slavery Collection. Wellesley College Assistant Professor Kellie Carter Jackson introduces the readings and argues for the letters critical relevance today. The video was produced in collaboration with Artists for Humanity, with support from the Harold Whitworth Pierce Charitable Trust and an anonymous fund at The Boston Foundation.  If you missed the premiere, the production can viewed in its entirety below.

Background
In the late 1890s, the family of William Lloyd Garrison, along with others closely involved in the anti-slavery movement, presented Boston Public Library with a major gathering of correspondence, documents, and other original material relating to the abolitionist cause from 1832 until after the American Civil War. 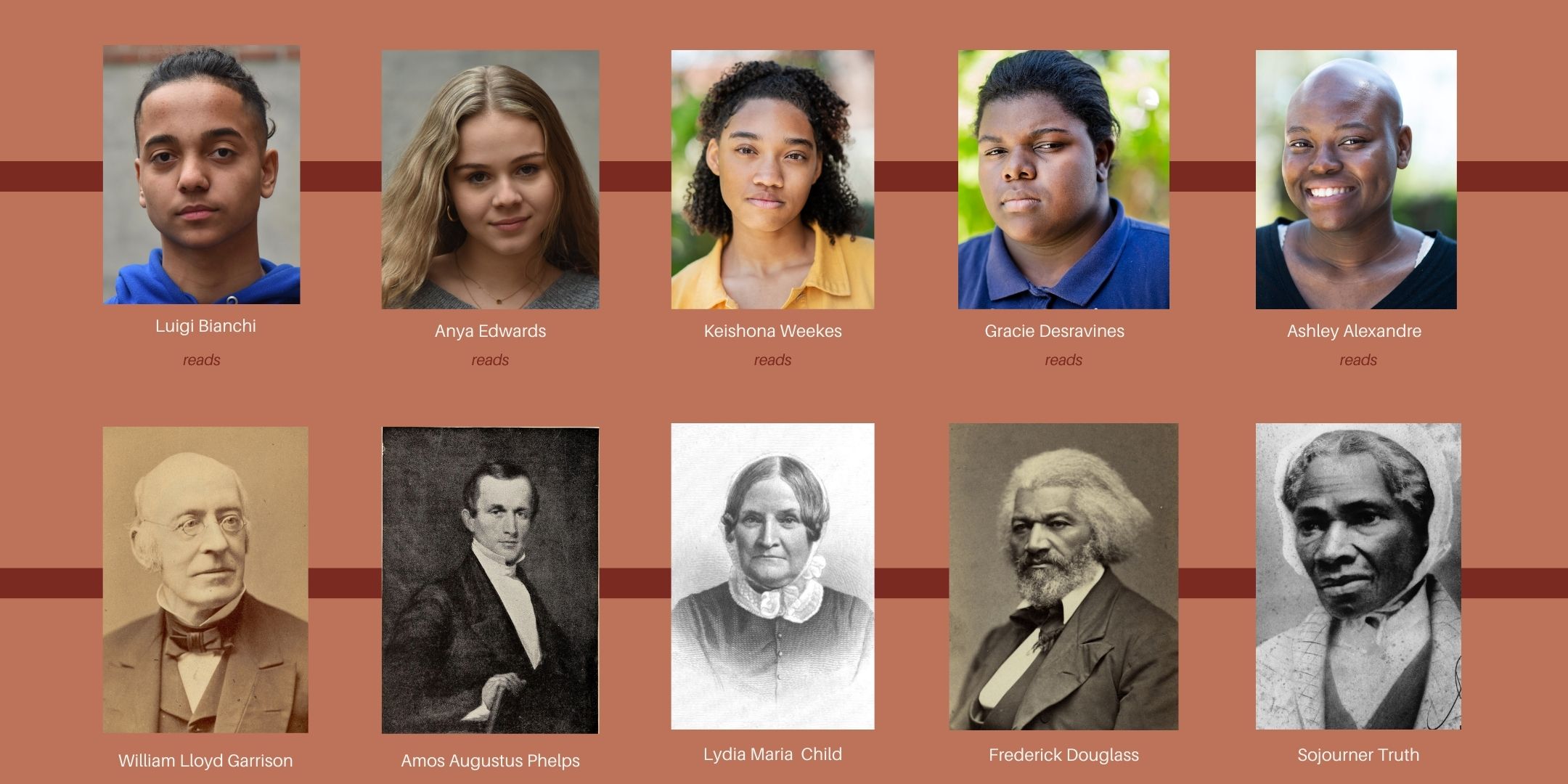